This is just one area where, in a short space of time, traditional tried-and-tested, safe mechanical control technology was replaced by software algorithms that needed to function as reliably and safely as their predecessors. Home appliance manufacturers in Europe use IEC 60335 and IEC 60730 as their standard of safety, with Annex H of IEC 60730 defining the safety requirements for electronic controls and acceptable measures to address faults and errors. Most microcontroller vendors with a customer base developing home appliances will offer some sort of low-level software routines that help to ensure the fulfilment of Class B safety requirements. Such libraries test whether the CPU registers are functioning as required, check that the program counter is not stuck and test the functionality of on-chip memories. 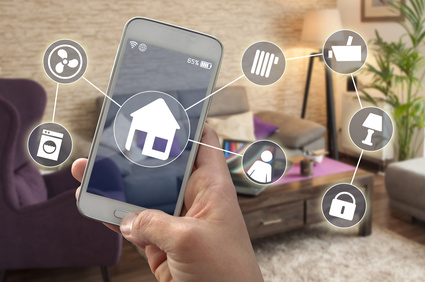 In addition, networked features are increasingly being added to the mix, allowing the smart phone and a variety of apps access to the status of our home appliances from the office or whilst we are out and about. In order to stem the increased level of complexity, it has become more or less a necessity to utilize the power of a real-time operating system (RTOS). This is where winIDEA's advanced profiling features support the embedded developer, allowing a non-intrusive look at how the microcontroller is managing the various task and the varyingly prioritized interrupts. The addition of the IOM Accessories to our BlueBox On-Chip Analyzers makes it possible to splice together serial interfaces and digital signals into the profiling data captured, delivering deeper insights into potential bottlenecks on systems that require real-time response to events or human-machine interface (HMI) inputs. Testing is also made easier, with the isystem.connect SDK being able to inject failures into memory and registers during run-time, allowing the developer to prove the capability of Class B safety software libraries. Finally, software reuse can be made easier as code is ported from one semiconductor supplier's microcontroller family to another by using unit tests created in testIDEA. Common test specifications can be executed on-target with binary code generated using different tool chains and compiler settings, proving whether C and C++ source code can still be relied upon with a new target.

If you are looking to deliver safe home appliances more efficiently, why not draw upon our team's extensive experience in this field to get you ahead of the competition – you'll be glad you did.